My ancestors both paternal and maternal were mostly true Scots-Irish, having immigrated to the United States in the late 18th and early 19th century from Scotland with a stopover of a few years in Ireland.

The Millers, Bruces and Bonds on my father’s side settled eventually in Wise County in Southwest Virginia and remained there until my grandfather, E.S. Miller, moved to Jellico around 1914 to start a lumber business.

My mother’s family, Bairds and McCartts, initially landed in North Carolina and worked their way westward to the mountains of East Tennessee, the Bairds settling in the Elk Valley region of northern Campbell County and the McCartts, my grandmother’s family, settling in nearby Morgan County.

The most interesting character for me in my early lineage is a man named Lewis Millard Baird, grandfather of my grandfather, Dr. C.R. Baird.

Lewis was born in North Carolina on August 22, 1795. He moved to the Elk Valley region as a young boy and it was there he was arrested by Confederate soldiers in November of 1862 because of his devotion and work for the Union cause. Four of his 11 sons were soldiers in the Union Army. He was taken to the Confederate prison in Salisbury, North Carolina, where he was listed as a “political prisoner.” He refused repeatedly to take an oath to the Confederacy to secure his release. It is said that he was a personal friend of CSA President Jefferson Davis and that Davis personally went to the prison to try to persuade him to swear allegiance to the Southern cause. Again, he refused. He died in the prison in 1864.

A fellow prisoner, Thomas Clayton, wrote a letter dated April 29, 1864, to the family:

To the sons of Lewis M. Baird:

I, as comrade of your father in prison, deem it my duty to write to you at this time to let you know his present condition. He is in the hospital and to all human appearance must soon be numbered with those who have been taken from the evils of this world. There is no particular disease apparent but old age and confinement have done the work. Having become acquainted with him soon after his arrest, and have been with him ever since, he now seems like a father to me. I can truly sympathize, We have slept together and I have been able to obtain many little necessaries from him. He has stood it very well until lately. I have often heard him say that he would like to know how you all were and let you all know how he was but he never got to hear from any of you at home.

I have talked to the old man upon the subject of religion. He always expressed himself as being prepared, which is a great consolation. I assure you that all that is possible for me to do shall be done for your father. Pray that God in his great mercies may spare him yet to return home. He wishes for me to say if he does not live to see you in this world; that you will strive to so live as to meet him above where parting will be no more. 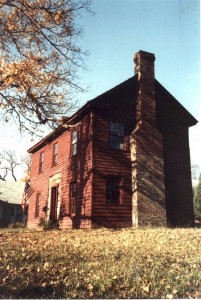 The list of political prisoners at Salisbury doesn’t contain the name “Baird,” but it does list an L.M. Beard, a frequent misspelling of the Baird name. It lists him as having been arrested on November 1, 1862, for “disloyalty.” His occupation is listed as a farmer.

According to the list, he was one of 133 political prisoners in Salisbury prison. Many others were from Campbell County.